I Have No Idea What I’m Doing

When you sell anything online, you have to create a sense of trust in order for anyone to feel good about pulling out their wallet and handing over their cash.

This is a given.

When you sell art online, you have to work twice as hard to create and build that trust. This isn’t because artists are perceived as being untrustworthy… but it also is. And we do it to ourselves.

Since we’re talking money, let’s talk about prices. There’s a huge debate in the online art world about whether one should include prices on their art or not. The against argument basically says art and money don’t belong together. Let’s pretend we don’t need to make money, and that money in and of itself is evil, and so we’ll fog up the issue by being evasive.

If Amazon or any other online retailer did this, they wouldn’t still be in business. If you had to DM or email to enquire about pricing each time you wanted to buy a book or computer or cat-shaped slippers that meowed on every step, it would be enough of an annoyance that you’d quickly go elsewhere.

Hell, even in the grocery store, playing guess the price means most people put the item back on the shelf.

Hiding your pricing says that you have secrets. Perhaps your prices are unstable. You want to put barriers up to make it harder to buy.

That, even worse, you don’t know what you’re doing.

Next up, again with prices is putting down “price negotiable” on a piece. While it artists think it makes them sound reasonable, it actually destroys a collector’s confidence that they’re going to be paying a fair price for the art.

You know that feeling when you and a neighbour go to buy a minivan? You both head down to Walt’s Used Van Lot and pick out the same type of vehicle, same specs and so on. And then you negotiate, because the price isn’t the price in places like that. You walk away with a slightly lower price, some nice extras and a new vehicle feeling pretty good about yourself…. until you talk to your neighbour who got a far better deal. Now how do you feel about both your vehicle and the vendor? Shitty, right?

Do you really want your collectors to have that feeling too? That maybe, just maybe, they could have gotten a better price on your work?

Buying art, and parting with money, are both emotional and vulnerable acts. It’s your job as a professional to create a sense of safety and trust so that your collectors feel good about the process, dealing with you and about your art. Happy collectors usually buy more art.

And finally, emotional pricing. Oy. This one is a killer because from the inside, the pricing might make sense to you, but from the outside it makes no sense to your collectors.

Let’s define emotional pricing, just so we’re on the same page. It’s when you have two identical sized pieces in the same medium and one is a far higher price than the other. Perhaps it took more time to make. Perhaps you’re reluctant to sell it because you love it. Pick a reason.

The pricing makes sense to you in this context because you were there when you made it. You know what went on in your studio and in your heart. Your collectors don’t. They come in and see what looks like two very similar pieces and the pricing is way off. They’re thinking, maybe the cheaper one was cheaply made or, maybe you just price thinks willy nilly so how reliable are you.

Imagine you go to some store to buy t-shirts. Two identical shirts, made by the same company in the same size with the same fabric. The difference is the colour. The green shirt is half the price of the pink one. Why? It makes sense to the shirt company: maybe they love pink shirts more or maybe they want people to value them more. But it doesn’t make sense to you, standing in the store with no context and just a sense that someone lost their ever loving mind when they were pricing things.

See how that sabotages trust in both you and your work?

And yes, I know that some pieces take longer than others, or have higher costs than others but these things balance out in the end. You’re not working for someone else, trading time for money; you are working for yourself trading finished art for money.

Every post you put online, selling your art, should work to help build up the trust factor in both you and your business. They should assure your collectors that you know what you’re doing and that starts with presenting your business as a business.

It doesn’t have to be all stuffy shirts and ties that choke; that’s not the draw of running an art business. But you do need to understand how things look from your collectors’ points of view.

So, set up a logical pricing formula, put prices on your art and never leave room for negotiation. You’ll quickly see results from those three simple changes, selling more art with less effort. How cool is that? 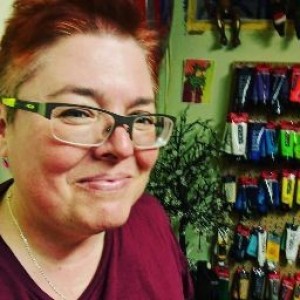 PrevPreviousHow to Work From Home
Menu